Withe the prevalence of technology, gone are the days where you need to hire a bunch of employees and build a big office to make a lot of money. Thanks to technology and social media, it’s never been easier to start or grow your own business. Because of this, we’ve seen an influx of solopreneur millionaires in the 21st century.

Luckily, it’s also easier than ever to follow these successful solopreneurs to learn from their achievements, failures, and more. If you want inspiration, advice and motivation to grow your own solopreneur business, here are my 5 favorite solopreneur millionaires to follow in 2020: 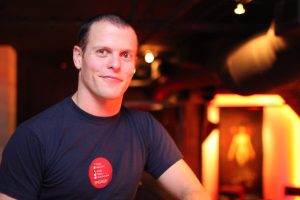 Tim Ferriss grew up in East Hamptons, NY. In 2001, while still working his day job, he created BrainQUICKEN, an internet-based nutritional supplement business, and grew it to 7-figures before realizing he was spending so much time and energy on the business that he wasn’t happy.  This inspired him to write his first book, The 4-Hour Workweek, and spawned a new approach to life and business.

Tim also has a world-famous podcast, blog, was the 6th highest ranked angel investor in 2014 and is popular on Twitter, where his account is one of the 5 Must-Follow Twitter Accounts for Entrepreneurs according to Mashable.

If you’re looking for a great mix of business, personal development, productivity and all sorts of other life hacks, I highly recommend him! 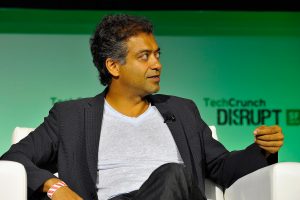 Naval has an impressive resume that includes working within or advising Genoa Corp (acquired by Finisar), Epinions.com (IPO through Shopping.com), Vast.com (the largest white-label classifieds marketplace), Bix.com, iPivot, and Xfire. He also created AngelList and co-authors Venture Hacks – both of which are tech startup focused.

Naval has a ton of brilliant business and life insights that can be found on Twitter, and more recently on his podcast as well, which I highly recommend whether you’re working on a tech company or not! 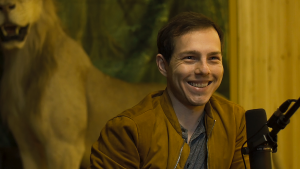 Graham Stephan was born and raised in Santa Monica, CA, and specializes in selling and leasing extremely high-end properties in Los Angeles. He knew what he wanted to do from a very young age, receiving his real estate license just after his 18th birthday and getting right to work. Since then, he has sold over $125,000,000 in residential real estate.

I found Graham first on his main Youtube channel where he has over 1 million subscribers, and talks a lot about making money, saving it, investing it and other business or financial topics. Especially if you have an interest in real estate (either now, in the future or as an investment vehicle), I highly recommend checking him out! 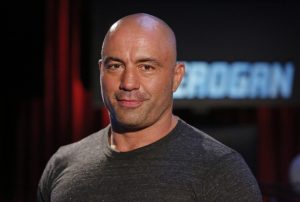 Joe Rogan wears a lot of hats. He’s a stand-up comedian, MMA color commentator, podcast host, actor and former host of Fear Factor. He was also an accomplished MMA fighter himself, winning the Tae Kwon Do championship at the US Open when he was 19.

These days he spends his time doing stand-up comedy, covering MMA and hosting his world-famous podcast. Joe’s podcast is different from most because of the long-form style (most episodes are between one and three hours long) where he covers a wide array of interesting topics with an impressive list of guests (including Elon Musk, Bernie Sanders, a variety of famous comedians, professional athletes, and many more). You can check out his podcast here and follow him on Twitter here. 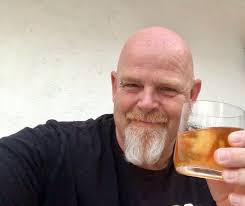 Steve Sims is a true solopreneur who never went to college and dropped out of school after starting as a bricklayer. He then gave employment a try as a stock broker, but was fired from his job in Hong Kong after two days and started as a doorman for a popular night club. There, he networked and cultivated relationships that would soon become his first clients.

Steve founded his company, Bluefish, in 1996 and has gone on to achieve massive success. He was named the official concierge of LA and New York’s Fashion Weeks in 2004, and signed an agreement with Icon International Holdings Inc. to be an exclusive provider of concierge services to their airlines and travelers in 2006.

Steve is as honest and authentic as they come (in the best way possible), and if you want to hear more of Steve’s interesting story and journey to solopreneur success, I interviewed him on episode 35 of the Solopreneur Grind podcast here. You can find out more about him and his company on his website or through his own podcast here!

And let me know what you think!

I’ve been following each of these solopreneur millionaires for at least a year, and would love to know what you think of them and their content. And if you have any other suggestions, leave a comment below and join the SG email list to get even more insight on building a solopreneur business!

Get my daily email for business tips, stories from my day-to-day, motivation and more!